Have any Questions?
334.679.3727
sell@piggbuys.com
Pigg enterprises: trade your vehicle! 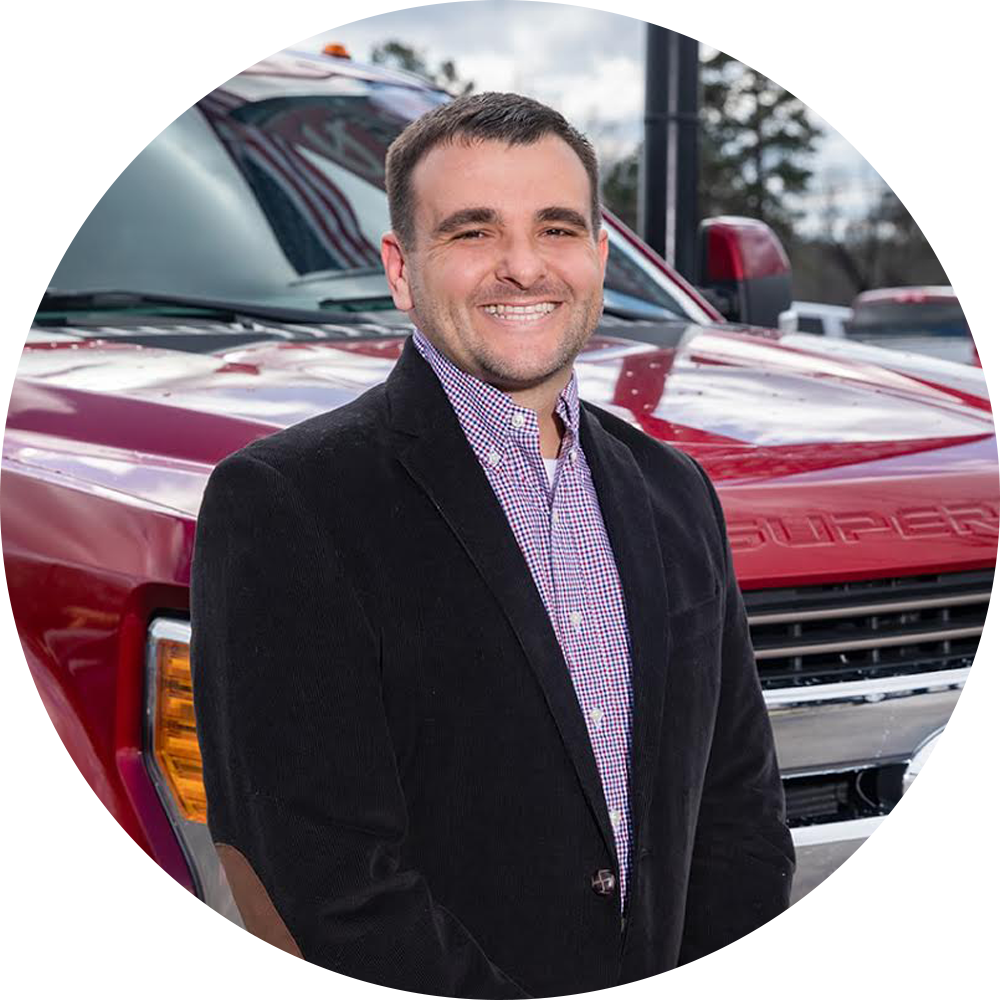 Robert has been in the retail automotive business for almost 20 years. As both a General Manager and inventory purchasing specialist, he has a tremendous amount of experience and a deep understanding as to a vehicle’s worth whether it’s offering a trade value for a retail sale or purchasing directly. He understands the entire vehicle-buying process and its importance to the consumer--this is why he ensures his team provides an experience that is unmatched by any other. Robert is a 2006 graduate of the University of Alabama at Birmingham with a Bachelor of Science in Public Relations with a minor in Marketing. He proudly served our country in the Alabama Air National Guard from 2001 to 2007 and deployed during Operation Iraqi Freedom. Robert and his wife Jessica share a beautiful daughter and 2 shelties (4-legged children).
‍
For years Robert dreamed of offering the public an easy, stress-free & safe alternative to selling their personal vehicles. When he sees a need, he seeks out to create and offer a solution. He is proud to continue serving the public in ALL of their automotive needs, whether they wish to purchase or sell! 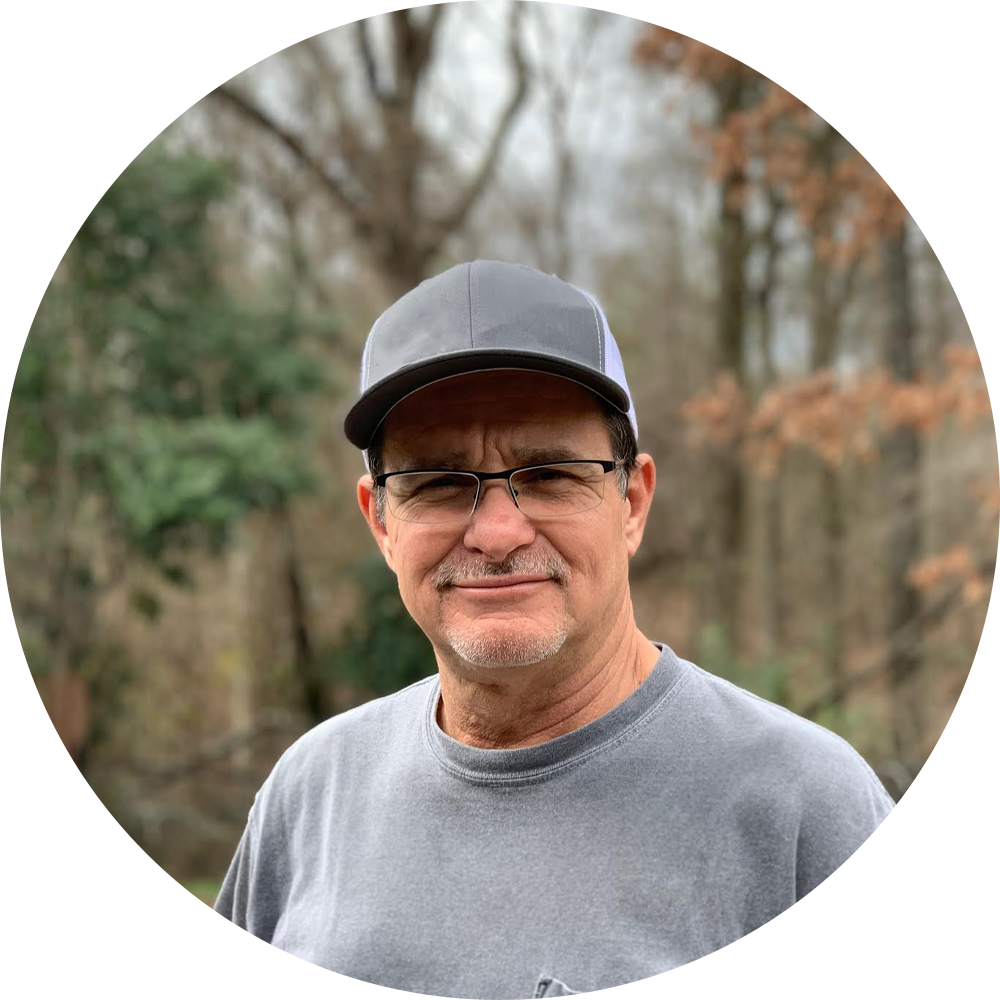 John has been in the retail automotive business for almost 20 years. He had always hated stereotypical car dealers that used high-pressure sales tactics, played games, and ripped off customers. He refused to buy from dealerships and always bought his vehicles from individual owners. In 2001, while still on active duty in the Air Force, he started Pigg Enterprises as an experiment to see if a “no pressure” dealership that was operated with honesty and integrity would be successful. It was!
‍
John retired from the Air Force as a Chief Master Sergeant in 2004 and began pouring himself full-time into the operation at Pigg Enterprises. With the help of his sons, he grew the operation from a 2-vehicle experiment into a dealership that carries over 120 vehicles. Pigg Enterprises has become one of the most successful pre-owned dealerships in the state of Alabama by operating the same way for 20 years—by delivering a vehicle-shopping experience free of stress and hassle, with fair and honest pricing, and a pleasant buying experience that leaves customers squealing!
‍
John continually strives to make the “Pigg Enterprises Experience” as stress-free and simple as possible for customers. Hearing the negative experiences people were having with trying to sell their own vehicles, or with getting unfair trade offers elsewhere, John knew there was a way to solve this and Pigg Buys is it! John specializes in helping folks in the North Alabama & Tennessee areas. But, don’t worry! If you’re not in that area, he will gladly help you wherever you are! 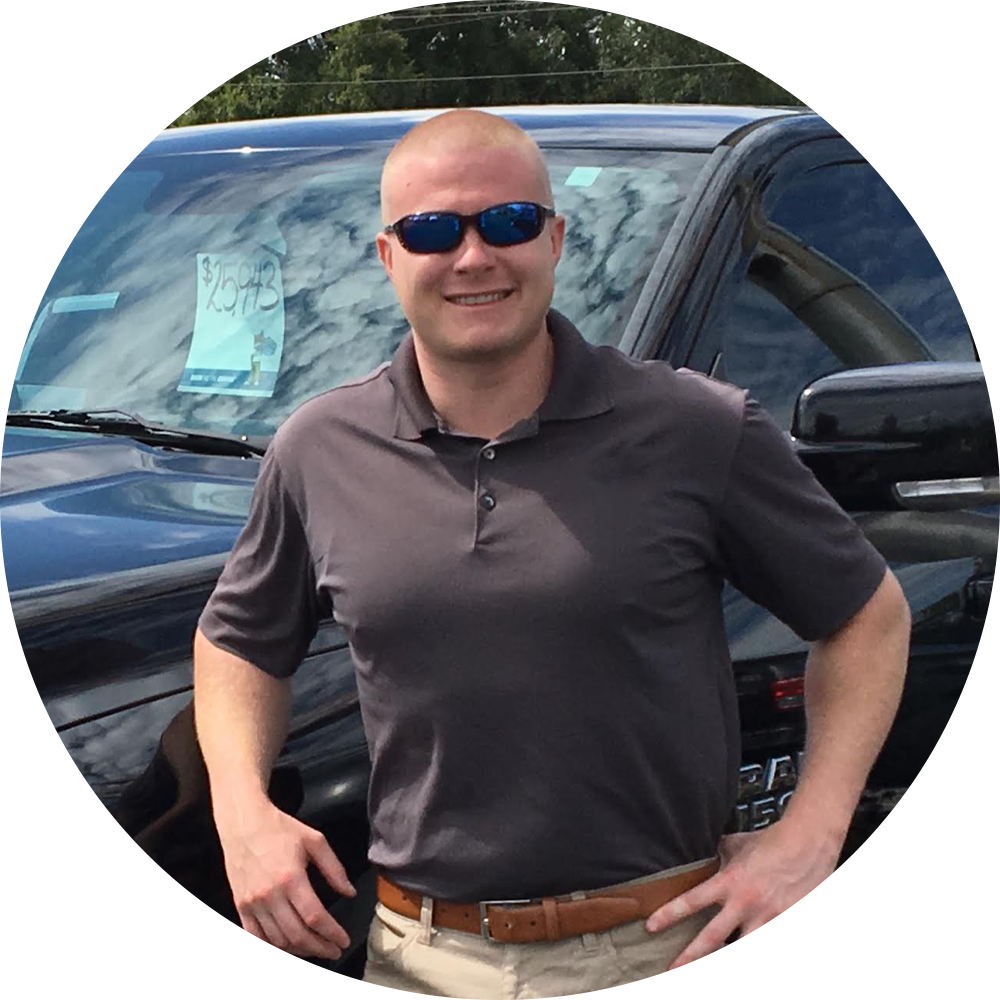 Jerrod has been in the retail automotive business for almost 10 years. Over this time, he has specialized in (and truly enjoys!) searching for (and finding) the perfect vehicle to meet someone’s dream. He excels at providing a hassle-free and enjoyable customer experience. Jerrod is a 2018 graduate of Auburn University of Montgomery with a Bachelor of Science in Business Administration with a concentration in Marketing. Jerrod is a proud uncle to both his niece & nephew and enjoys being the “funcle”. You’ll not only receive an offer you deserve, but he will ensure you actually enjoy the process!
‍
Working with customers in the retail automotive industry, Jerrod has seen first-hand the negative experiences people have had with trying to sell their vehicle on their own and ultimately arrive at the dealership asking for help. He believes Pigg Buys will simplify your already hectic life! 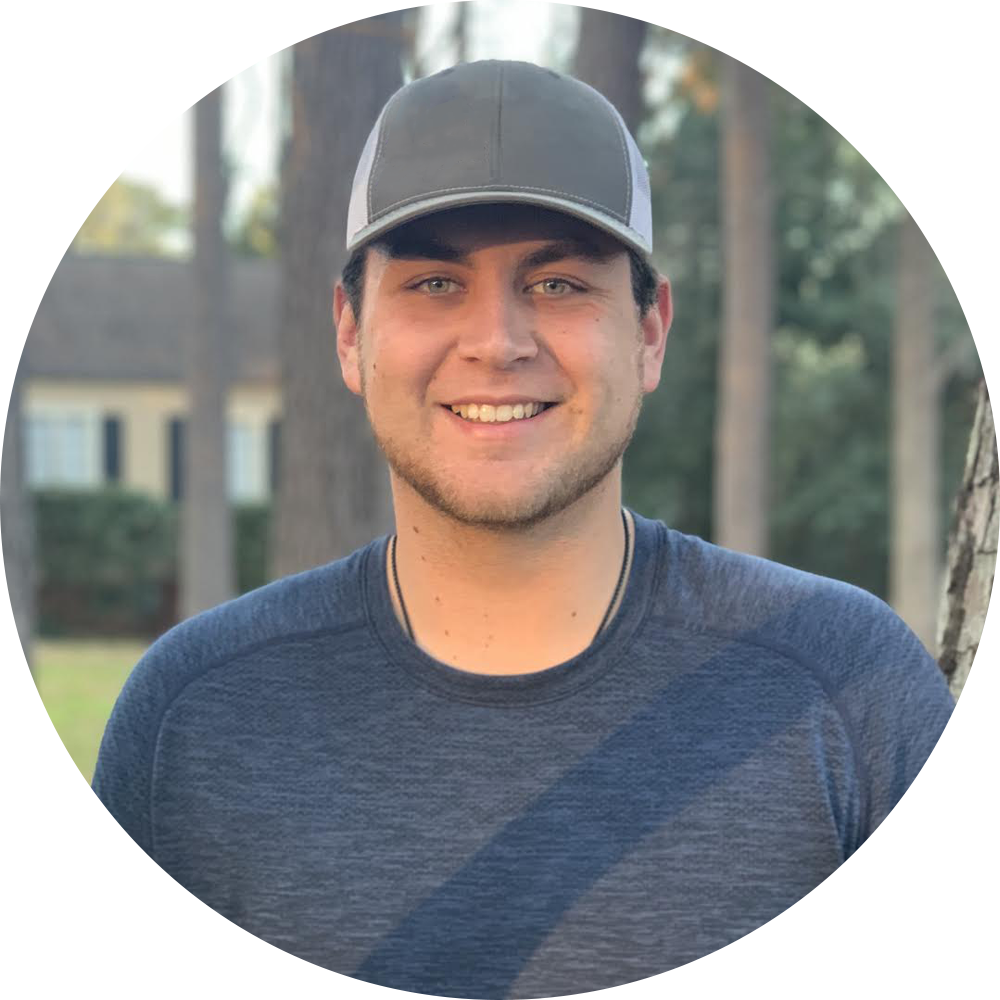 Christopher has spent his automotive industry career focusing on buying vehicles for retail sale. Whether buying wholesale or through an individual, he understands you are looking to receive the most return on your vehicle and that you need it to be quick and simple! He is a 2018 graduate of Stephen F. Austin University in Nacogdoches, Texas. Christopher was a First Team All-American long snapper at SFA and First Team All Southland Conference. He was signed by both the San Francisco 49ers and the Tennessee Titans.
‍
While a student-athlete at SFA, Christopher was awarded the Jene’ Carter Award for leadership, integrity and character. He carries these same qualities into each interaction he has, both personally and professionally. Christopher specializes in purchasing vehicles from individuals in the state of Texas. 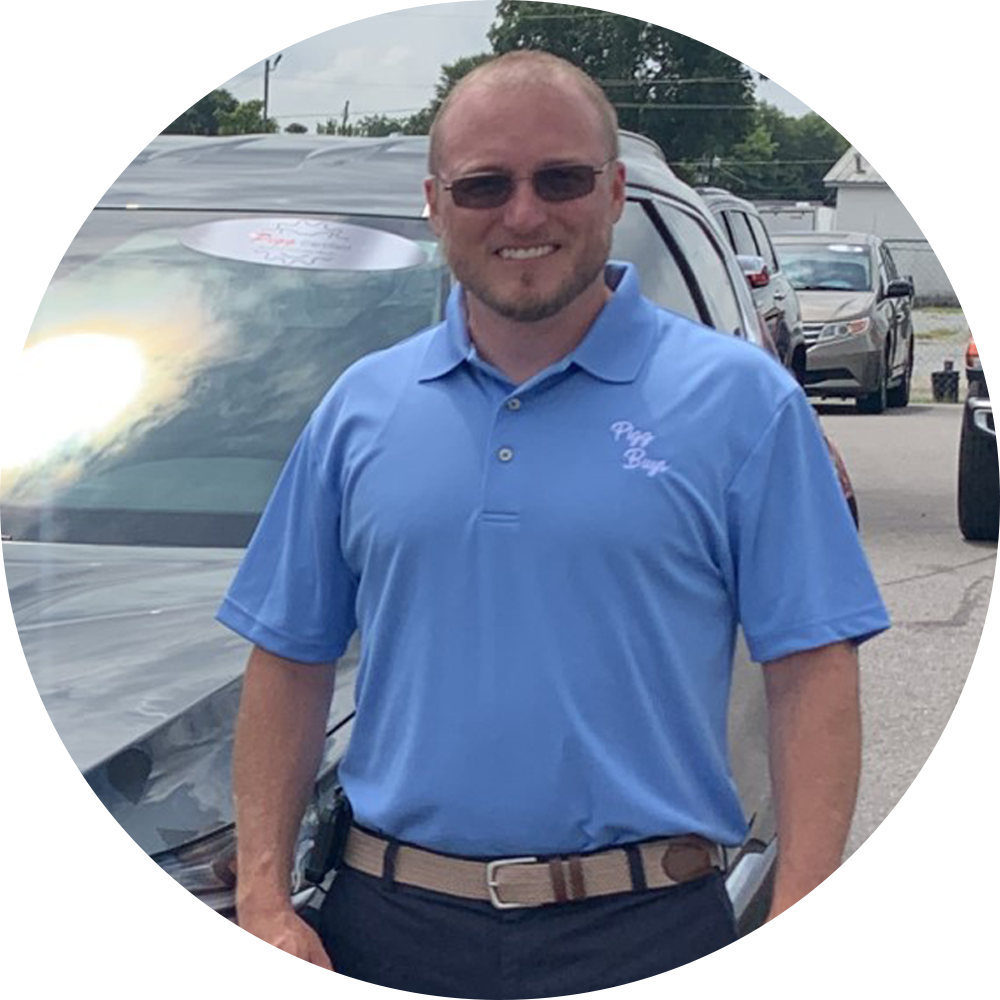 Brian grew up in Millbrook, graduating from Stanhope Elmore in 1996. He attended Faulkner University, graduating in 2000 with a BS in Business Administration before earning his MBA with an emphasis in finance in 2003 from Auburn University Montgomery. He has years of customer service & sales experience from his time with Sherwin Williams. Brian enjoys working in the yard, gardening and helping others. 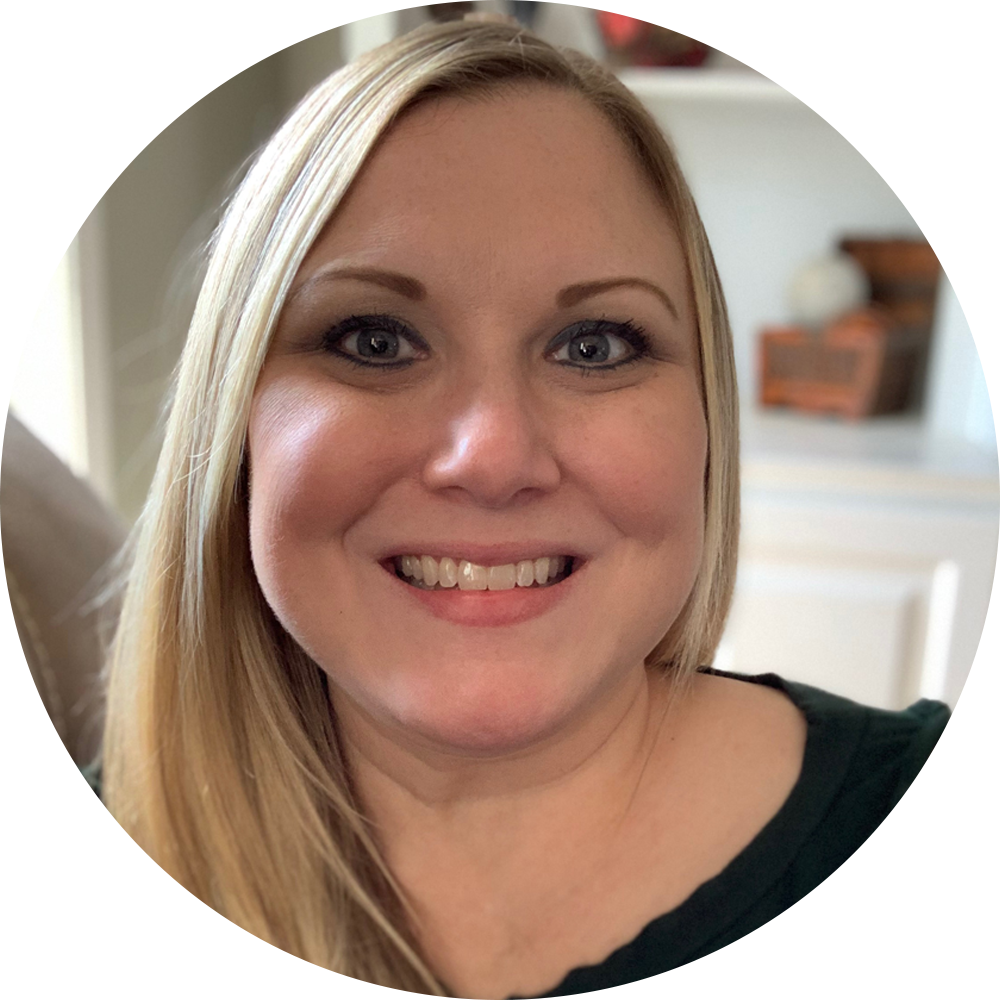 Leslie Simmons is a 1998 graduate of Stanhope Elmore and a 2004 graduate of Faulkner University where she obtained a Bachelor of Science in Business Administration. She is originally from Millbrook, AL but lives in Prattville and is married to Ty Simmons of Prattville. They have 2 beautiful children, Nathan and Jamie. Leslie is the Comptroller, and everyone’s right hand! She manages the office, handles all bookkeeping, and processes all sales paperwork and the countless number of titles and any other administrative needs that arise. Leslie is the epitome of a team player—she is always willing and eager to assist with any area of business. She truly understands the “big picture” and works diligently behind the scenes to ensure our customers and those employees “on stage” have a seamless operation day in and day out. While handling all of those responsibilities, her biggest task is she keeps us all in line! If you’ve ever experienced a “Squeal of a Deal”, a large part of that is thanks to her! Leslie was our first hire outside of family, and we have adopted her and her family as a part of our own.